Roy Gardner -The Last of the Western Train Robbers 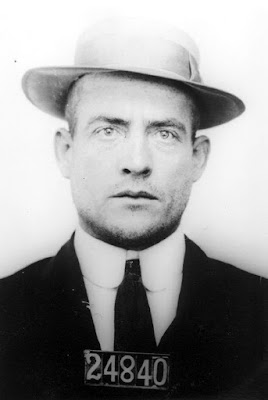 Roy Gardner -The Last of the Western Train Robbers

Not since the infamous ‘gentleman bandit’ Black Bart, had the west coast seen anyone quite like Roy Gardner. Although most people may not recognize his name today, in the early 1920’s, Roy Gardner was a household name, and one of the most sought after fugitives of his time. Known for robbing mail trucks and mail trains all over the southwest and his crafty escapes from the law on every turn, Roy Gardner’s nefarious adventures made headlines across the country and entertained millions along the way.

In 1910, after serving time in San Quentin for a jewelry store robbery, he was released early on account of saving the life of one of the corrections officers during a riot. After his release, he became a welder, working in a shipyard in South San Francisco. Not long after he moved his family down to Southern California to look for work, Gardner lost all his money gambling in Tijuana, Mexico. It was then that he had the idea to make a quick buck. After an ill-conceived robbery of a San Diego mail truck for $78,000, Gardner was soon after arrested. Convicted and sentenced to twenty-five years, he was put on a northbound train headed for Washington to serve his sentence at McNeil Island Corrections Center.


Swearing that he would never serve a day of that sentence, Gardner managed to steal one of the
Marshall’s guns right from under his nose. After forcing them to remove his chains, Gardner handcuffed the Marshalls together and robbed them. He then jumped the train and ran off into the night headed for Canada. After being on the lam for almost a year Gardner made his way back to California. “Roy Gardner’s story has all the ingredients of a Hollywood movie,” states Roseville Historical Society’s Vice-President, Ken Fisher. “It’s just a disappointment that his story has faded with time.” As someone who has been truly dedicated to documenting this unique story in Roseville’s history, Ken was kind enough to offer the details of Roy’s infamous stay here in 1921.


Although Roy’s criminal history did not start and end here in Roseville, it did set the stage for his biggest heist, on May 21, 1921. For days, Roy scoped out the train that headed up to New Castle, even riding the top of the rail cars to get an idea of the twists and turns on the track. He noticed that in the sharper turns that the hard rubber connections between cars would pull apart on a curve, which would allow him to slip in and make his way to the mail cart. After casing the train, he hopped off and made his way back to Roseville.

That next night, at 10:15 p.m. Roy snuck onto the Pacific Limited (No.20) train headed for New Castle. By the time the train had reached Rocklin, Roy had managed to sneak into the mail cart, startling Ralph Decker, the mail clerk. Although Roy pointed a 45 caliber pistol at Decker, he never harmed him. After stealing mail from about 50 different bags, he threw his bag off the train first, and then he pulled the emergency brake cord and jumped off the train as well. Unfortunately, he searched the tracks for most of the night, never finding the bag with the loot he had just stolen.

Eventually the authorities retrieved the stolen mail along with all the monies in it. By the next morning, Roy had made it back to Roseville, stopping at the Peerless Café to eat breakfast. It there that Roy believed that a waitress may have recognized him from a wanted poster. After eating, He went back to his room at the Porterhouse Hotel, which was located on the corner of Atlantic and Lincoln streets. It wasn’t until two days later, at a poker game inside the cigar store adjacent to the Porterhouse Hotel, that the authorities surrounded him and took him to Sacramento to face the Judge. After being sentenced to an additional 25 years for escaping and committing another robbery, Gardner was sent on his way, once again to McNeil Island. 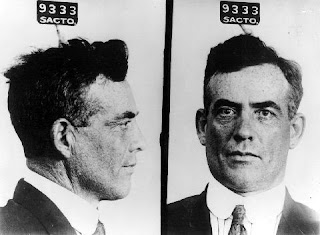 His story doesn’t end there folks, as he made many more infamous escapes from the law before he was finally caught. After being incarcerated at various prisons, including Leavenworth, Atlanta and Alcatraz, he was later released at the age of 54. Having been institutionalized for so many years, the transition back to a normal life seemed to be too hard for him.


On January 10, 1940, the “last of the western train robbers”, as he was dubbed, took his own life in his San Francisco hotel room by way of cyanide gas. A man who lived his life on the edge and suffered the consequences of a lifetime of his own choices, made the last choice he had left, escaping the world one last time.

With a story that reads like a dime novel that could have easily come out of the days of the old west, his is one that is unforgettable. As Ken Fisher put it, “Butch Cassidy and the Sundance Kid certainly have nothing on Mr. Gardner. A man who thought it would be a marvelous idea to come to the little railroad town of Roseville in 1921, and rob a train.”

-- Previously published in the Roseville Press-Tribune in 2014, written by: J'aime Rubio

Thank you to Ken Fisher for all your help on this article!

Publisher/Editor's Notes: This is one of a series of articles that I wrote for the Roseville Press-Tribune several years back when I used to write the historical articles for them.  According to my old editor, since I wrote the content I can repost the articles. I also obtained permission by Gold Country Media a few years back to republish my stories, too.
Posted by J'aime Rubio, Author at Saturday, February 01, 2020