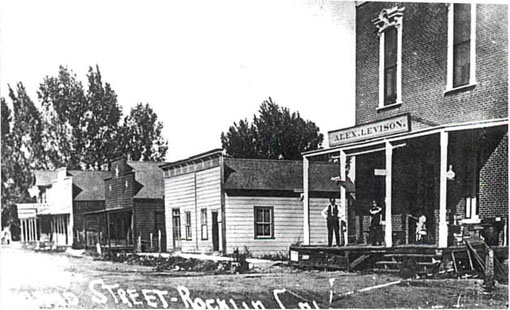 Over the years, several news articles and books have been written about the painful history of the Chinese expulsion from Placer County in 1877. Yet often times the precursor to that event, a brutal triple-murder, gets only a brief mention; and much of its real story is often cut short or left out entirely.

It was a tale with its share of victims and villains – and it also came with a few heroes as well. The triple-murder took place September 15, 1877 at the Old Ryan Ranch on the outskirts of Rocklin. The Sacramento Daily Union newspaper reported that a 40-year-old man named H.N. Sargent, who was well known and respected in the community, was living on the property once owned by a Mr. P.D. Ryan. Sargent was a member of the firm Himes & Company, which had purchased the ranch near Secret Ravine. He’d been living and working there for about two years before the September 15 tragedy.

In the week leading up to the shocking event Sargent sold a small mining claim in the area to a Chinese man named Ah Sam for $120. Ah Sam was a former cook who had worked for several families in Auburn. He and three or four of his friends reportedly decide to trick Sargent into taking them out to another mining claim they pretended to have an interest in buying. After leading Sargent down the road a short distance Ah Sam and his cohorts shot him in the back four times and then, for added measure, put another bullet in his the head.  It was suspected that the motive was pure greed. Thinking they had finished Sargent off, the group proceeded to head back to their victim’s house. Arriving, they attacked his housekeeper, Mrs. Oder. Both Mrs. Oder and her husband, Xaver Louis Oder, worked on Sargent’s ranch and vineyard. The couple would be the second and third victim in a triple homicide that was about to shake Rocklin to its core.

Xaver Oder was a 55-year-old native of Bavaria. Before coming to Rocklin he had been living with his family for many years in Drytown in nearby Amador County. Mrs. Oder was a native of New Jersey. She was only 28-years-old at the time of her murder.

Once inside Sargent’s house Ah Sam and his fellow assailants shot Mrs. Oder several times before driving an axe into her skull. The men also chased after Mr. Oder, killing him outside on the property. Sargent’s abode was ransacked. Newspapers later detailed how the killers had torn into his drawers and broke open his trunks with the same bloody axe used to kill Mrs. Oder. They found the money Ah Sam had originally paid Mr. Sargent for the claim and then looted his home for all valuables. 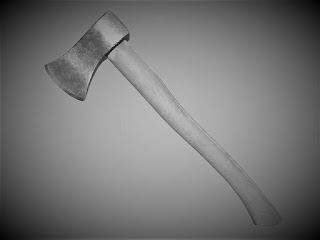 A young boy later stumbled on the carnage when he dropped by to ask for permission to pick some grapes on the grounds of the ranch. He was soon staring at the mangled body of Mrs. Oder. News spread quickly through Rocklin. Authorities instantly launched a large scale hunt, both searching for the perpetrators as well as answers to what had happened to Sargent.

Unbelievably, when Sargent was discovered in the woods it turned out he wasn’t actually dead. The search party brought him back to Rocklin to undergo surgery. Sargent would ultimately die from his wounds, but not before he recovered enough life to tell the authorities who had attacked him.

With an idea of who committed the heinous crimes, volunteers from Rocklin and Roseville flooded in to help search for Ah Sam and his partners. At one point, about 15 Chinese residents were held in custody at the Rocklin Exchange Hall, though only four were eventually arrested and sent by train to the Auburn jail to face charges. 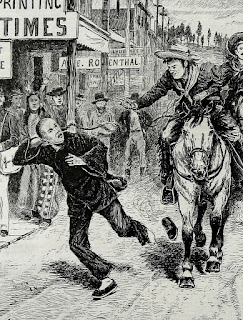 The historic record shows this tragedy sparked a fire in the hearts of Rocklin residents, prompting them to demand the Chinese be driven out of town. Chinese residents learned the very morning after the arrests that they had to leave the area before sundown – or be driven out by force. The location known as Chinese Camp was abandoned and then demolished. The hunt for Ah Sam continued.

Newspaper clippings from the time recount that a railroad detective named John Craig Boggs enlisted the help of his own Chinese cook in finding the murderers. The cook led Boggs to Folsom where one of the suspects, Ah Fook, was hiding out in an opium den. Boggs’ cook went undercover, befriending Ah Fook and waiting until he was deeply under the influence of “the Dragon.” Boggs’ cook eventually gave a signal that allowed the detective to come in for an arrest.

Ah Sam continued to elude authorities. Boggs kept hot on the trail, following him to Gold Strike Mine near Greenville and then into the mountains. It wasn’t until five months after the murders that a man named Ira Wentworth came across a badly emaciated and nearly frozen Ah Sam in the high north Mother Lode. According to the book “The Illustrated History of Plumas, Lassen and Sierra County,” Wentworth was on his way to work when he stumbled on Ah Sam at a campsite. He offered the stranger some food and told him how to get to the Chinese Camp for help, having no idea that he was speaking to a wanted criminal. The next morning at Rich Bar, Wentworth told his friends about the incident and only then learned the starving man was likely the fugitive from Rocklin. Immediately, two young men, Thomas Stentz, 29, and Alexander Buvinghausen, 24, headed up the mountain to assist in Ah Sam’s capture.

What ensued was a dramatic standoff on a cliff side that saw the armed fugitive promising Stentz and Buvinghausen that he would never be taken alive. With the two young men closing in, despite warning shots, Ah Sam pointed the gun at his own abdomen and fired on himself. He succumbed to his wounds two days later.

Prior to his death, Ah Sam refused to speak about his involvement in the murders. His body was brought back through the snow to Spanish Ranch and then onto Quincy, where it was loaded onto a stage for Reno before returning to Rocklin by train. Ah Sam’s remains were offered to Chinese residents near Placer, who wanted nothing to do with him, disgusted by his acts.

The harsh and sudden choice to drive out Rocklin’s Chinese population and the irrational act of displacing a hardworking community for the heinous crimes of a few men served over time to obscure the complete story of the three original victims: Today, H.N. Sargent, Xavier Oder and Mrs. Oder, who have been largely forgotten. Although their end was violent and ghastly, the lives of these three residents are a part of Rocklin’s history waiting to be remembered again.

Publisher/Editor's Notes: This is one of a series of articles that I wrote for the Roseville Press-Tribune/Placer Herald several years back when I used to write the historical articles for them.  According to my old editor, since I wrote the content I can repost the articles. I have also obtained permission by Gold Country Media a few years back to republish my stories, too.
Posted by J'aime Rubio, Author at Sunday, April 05, 2020