Burning Love - The Tragic Story of David and Rebecca Schneider 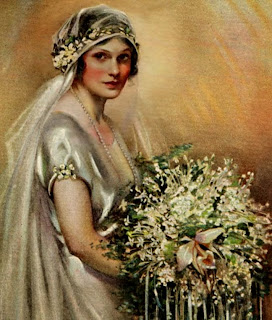 On January 23, 1922 at 3:30 a.m., the lives of newlyweds David and Rebecca Schneider of the
Bronx, in N.Y. would be forever changed. Only just married two weeks prior, the happy couple had just moved in and furnished their 5-room apartment on the top level floor (4th floor) of their apartment complex at 749 Tinton Ave.**

After going to bed for the evening, David Schneider woke up to realizing that the oil heater in the living room had been left on and it tipped over spilling and igniting oil all over the floor. In an attempt to put out the fire, David became severely burned on his arms and face. David screamed out, alerting his neighbors who then called for help. The fire quickly spread downward and through out the apartment building, forcing the panic stricken tenants of the building to flee in the frigid streets in the early hours of the morning.

Many of the tenants were not sure where the fire was so they attempted to make way to the roof of the building, hoping to climb down the fire escapes but found themselves trapped even more. One of the young teenagers from the 2nd floor, Henrietta Koser, was rescued by Police Officer Eugene Bacaglini who found her in a frantic state and completely helpless. 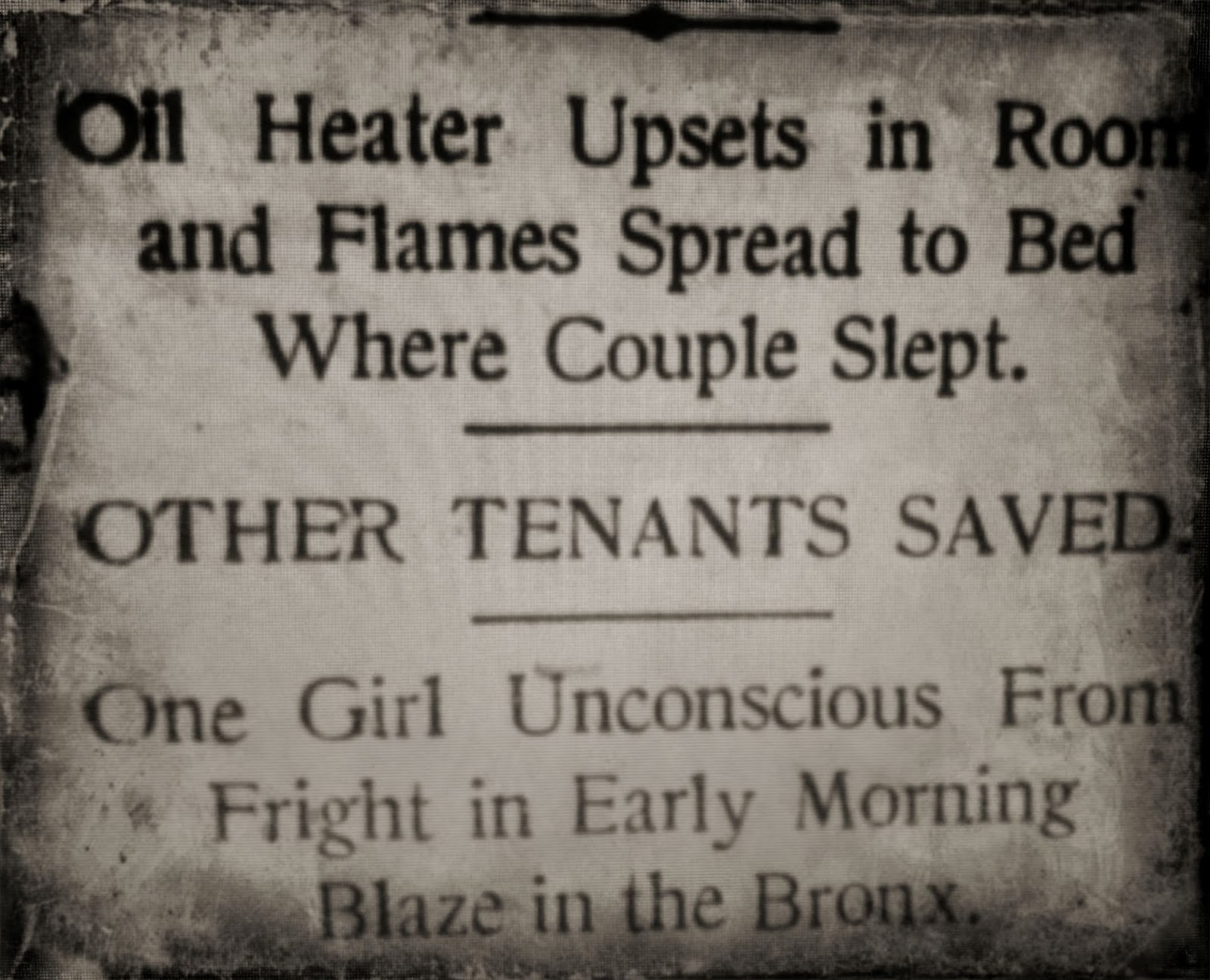 Police Officers Gordon Guderman, William Kelly from the Morrisania Station as well as Fire Truck No. 19, Lt. Hamilton Rider, Battalion Chief White and Deputy Chief Carlock came to the rescue as well. As ladders were set up to allow the tenants to escape the fiery inferno, the other officers and fireman risked their lives to go back into the burning building to save the Schneiders.

While the rescue efforts were going on outside and they were attempting to make their way inside and up to the 4th floor, David Schneider attempted repeatedly to run through a wall of flames that separated the living room, where he was, to the bedroom where his wife was. He kept trying to get through, only to be thrown back by the flames and continually burnt. Sadly, by the time the fireman reached him, they refused to allow him to continue, dragging his body outside while he kept screaming that he needed to save his wife. Sadly, Rebecca was not saved. By the time they broke their way into the bedroom it was apparent that she had already expired. They found her body laying on the bed, almost consumed entirely.

Hopefully she did not feel anything, as more than likely she had succumbed to the smoke inhalation before being burned. Nevertheless, a young bride, barely 18 years of age, died so tragically that early morning on January 23, 1922.  Her husband tried and tried to reach her, but was not able to save his bride. 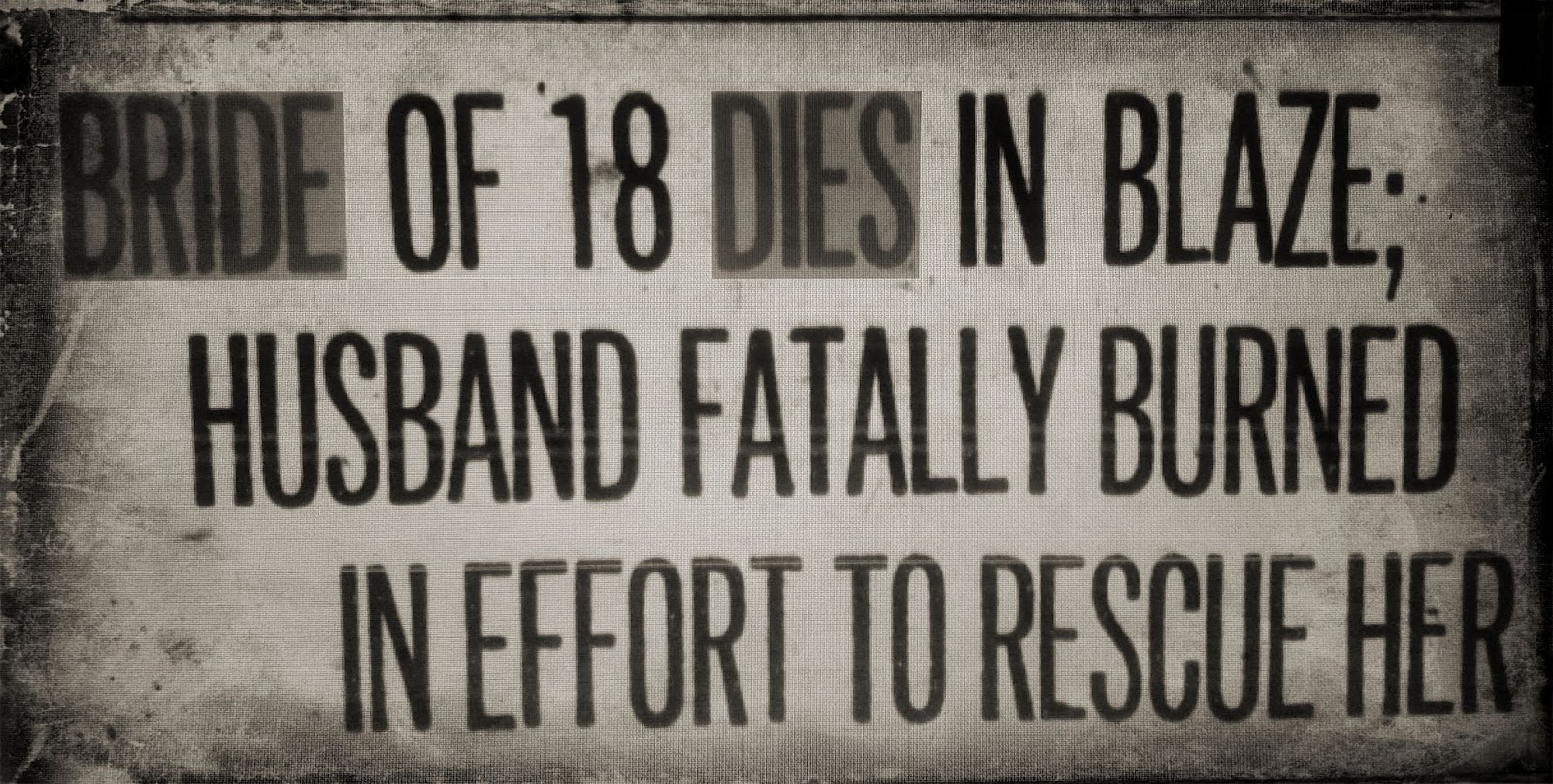 David was taken to Lincoln Hospital where doctors treated him for bad burns all over his body. They suspected that he would not survive his wounds, however I could not find his death in the New York Times Index, where I did confirm Rebecca's death. It seems he recovered physically, but there is no telling if he ever recovered emotionally from that tragic night.

In my search to find Rebecca's headstone, I found two different cemeteries with interments of a Rebecca Schneider who died on January 23, 1922.  One of the cemeteries was Mount Zion Cemetery, Maspeth, Queens County, New York. The other cemetery was Washington Cemetery, Brooklyn, New York. I am uncertain which of the two is her grave. Hopefully one day I will  be able to find out.

(**Note: If you go to google maps, I have figured out that the building no longer stands, but it appears as if it may have once stood where the basketball court for the South Bronx Academy for Applied Media stands today.)