The Many Lives of Fanny Sweet (Part Two) 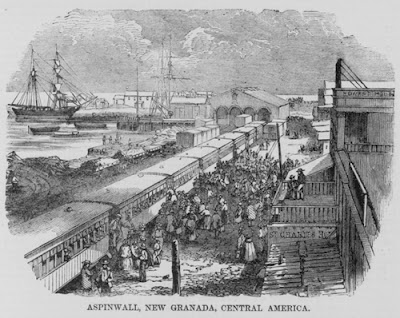 In my first post covering this story, I have touched on Fanny's early days, her true identity and the dangerous element of people she involved herself with.  Now it's time to cover the next chapter of her life, and this time I will allow Fanny to speak to us herself, with her own published explanation.


You see, in 1862, a publication titled True Delta published an expose' that slandered her so badly that Fanny felt she had to publicly refute each and every rumor printed about her past. From rumors of murder, being involved in witchcraft and voodoo, to mistreatment of her slaves, being a Confederate spy and so much more, Fanny felt the need to set the record straight once and for all. The really sad part of this story is the fact that since 1862, authors and writers seem to cite the True Delta's published article about her while completely leaving out Fanny's own response to those allegations. Remember though, even though we are reading her side of the story, you still have to take everything she wrote with a grain of salt, because I have already proven she has lied before. Still, the newspapers of the time often were just as bad as they are today with their "fake news" stories. So, for us historians searching to put the pieces together accurately, at times it can be hard to differentiate between fact and fabrication with the sources available.

This blog (and accompanying articles) will not only mention the newspaper articles, documented court records and other various sources, but it will also give Fanny the platform she has deserved for the last 155 years. I will also be comparing everything, so you, the reader, can examine whether or not Fanny's story adds up.

Just after shooting Albert Putnam in Sacramento, Fanny fled the United States. By her own admission she went to Aspinwall, Panama, seeking a chance to start over.  According to her own autobiography published in 1862 by the South Western newspaper, (which she wrote in the third person), it states:

" On the 15th of January, 1853, the writer left California to return to the States, arriving in New Orleans in March. She soon became disheartened with the attempt to convince those who do not believe in the possibility of a change in the human heart that all false steps are not final. Again she cherished the hope of beginning a new life in a new locality, and started for Aspinwall on the 22nd of April.

In this town she established a quiet, respectable boarding house for passengers crossing the isthmus. She was only known at this place as a lady of irreproachable conduct. It was here that she made the acquaintance of Mr. Abraham M. Hinkley, who was proprietor of Hinkley’s California Express. He paid her attentions and sought her hand in honorable union, but she declined his offers. Still he visited at her house and persevered in his suit. He knew her past history and her struggles to redeem herself. He overlooked the one and gave her credit for the other.

To avoid his importunities she sold her furniture, gave up her house and on the 2nd of Sept sailed for New York, which she now saw for the second time in her life. Here she engaged board in a highly respectable family, that of Mrs. Wilson, at the corner of College Place and Murray Street. Mr. Hinkley followed her on the next steamer, and pertinaciously hunted her up, calling on her and urgently renewing her offer of marriage. In this position of affairs she sought the advice of an elderly lady in whom she reposed confidence, and to whom she explained the story of her life. The advice given was to accept Mr. Hinkley’s offer, and she did so, resolving to be worthy of a man who thus took her to his heart for what he knew she was, and not for what scandal might have painted her. They were duly and legally married on the 23rd of October, 1853, by the Reverend Dr. Rufus Babcock.

In November she came to New Orleans and remained for a short time at the Verandah Hotel, and then rented a small house on Terpsichore street where she resided in quiet and seclusion, suffering from the Chagres fever that she had contracted on the isthmus, until April, 1854, Mr. Hinkley wrote for her to join him at Aspinwall, whither she went. Her house, with its furniture and her servants –two women and four children---she left in charge of a highly respectable gentleman as her agent. From Aspinwall, she went to New York, in July, with her husband, where they remained until she returned to New Orleans, in the month of October, 1854."---

It seemed that life was working out for her at this point, but trouble was just around the corner. At some point in 1854, when Hinkley went back Aspinwall, Fanny faced some damning charges against her regarding two slave boys living in her home in New Orleans. On October 20th, the New Orleans True Delta stated:

"Fiendish Outrage- A woman named Fanny Smith, was yesterday arrested on a charge of burning with hot irons, and otherwise cruelly ill-treating two slave boys who she owns, and who live with her in a house on St. Louis Street. It is said that Fanny's establishment is a brothel of the grossest stamp, and that her behavior toward her slaves is the most fiendish that can possibly be imagined. It is to be hoped that such fiendishness will not be permitted to pass unpunished. It is a little strange that affidavits in relation to charges similar to that made against Fanny, are generally hidden from the reporters in the Recorder's Office of the Second District. Fanny had recently returned from California with goodly stores of wealth, but surely her wealth cannot purchase impunity for so foul and offense."---

So, did this incident take place just as the newspaper claims? Not exactly. According to another newspaper, the Picayune, the incident started when a half-naked "negro woman" rushed out of an alley and approached an officer on St. Louis Street. According to the newspaper, the woman's back was bleeding and she had been stripped of clothing. She claimed that she had fled the cruel treatment of her "mistress" and that there were boys there who were beaten as well, but the police could not find any marks on the boys to corroborate her story. The slave woman was then arrested. Upon further questioning she claimed that the boys who were tortured were locked in the back of the house. The police dispatched more officers to the home, whereas they found the two boys who "did not appear to be more than seven or eight years of age. On stripping them, they were found to be marked in a number of places with the scars of fresh and old burns, and punctured wounds were found in different parts of their bodies."

So what did Fanny have to say about that entire incident? See her reply from the South Western, 1862  (remember she wrote in the third person):

"And now she comes to the slanderous accusation regarding her cruel treatment of slaves, the assertion of which, at this day, in face of the records of the first district court to the contrary, would be astounding in all its baselessness, were it not on a par with all the other accusations framed out of moonshine by the ingenuity of idle rumor.  Two little colored boys were the alleged subjects of her cruelty. Their mother, a hair dresser, named Bella, had been bought out of prison for fourteen hundred dollars by the writer, when she returned to New Orleans in March 1853, on account of having known her previously.  Bella agreed to serve her faithfully for three years, in any country, as payment for the fourteen hundred dollars, at the end of which time she should be freed. But a few weeks after she went to Aspinwall with her mistress, she broke her promise and left her.

It was proven on the trial, to the full satisfaction of the court, by her physician, Dr. Fenner, and also by Dr. Weatherly, that what was claimed to be wounds and burns on the boys, received at her hands, were the result of an infirmity inherited from their mother. It was also proven that the whippings they had received were inflicted by a colored servant named Eliza, in what she considered necessary chastisement, and not by the writer of this article.”-----

She goes on to state that the secret reason as to why these charges were brought up against her was because the father of these young boys who originally wanted to purchase them was upset with her.  Why Fanny didn’t just give the boys to their father, I simply don’t understand. Her claim was that immediately after her arrest, “this person set to work insidiously and industriously to roll the tide of prejudice against her, and the press, taking up the hue and cry from the common street rumor... reached the avalanche of slander and vituperation.”

“The acquittal in the first district court, came on the 28th of February, 1855. From the following report of the case, as it had then been proven to be, it will be seen how deeply the writer had been injured by the first hasty reckless and untruthful accounts.

--- First District Court – Judge Robertson—In this court yesterday the case of Mrs. F. M. Hinkley, charged with cruelty to two little slave boys, who was tried at great length. The result was a complete exposition of the falsity of the allegations and the prosecution proved an entire failure. She was honorably acquitted by the jury.-----." --

If those charges weren't bad enough, Fanny was facing marital problems due to the scandalous notoriety that she was getting in the papers. Because of this, the damage done to her marriage was irreversible and her husband Hinkley became depressed and distant. The couple separated on January 17, 1856, and Fanny petitioned for divorce on February 1, 1856, on grounds of adultery.  According to her autobiography she was given a decree from the court on September 15, 1856, but her husband, then living in Nicaragua for the past four months never received the update from the courts. He died on September 25, 1856. It is said that he was assassinated by natives in Nicaragua.

What would become of Fanny now?

CLICK HERE TO READ
Part Three of
"The Many Lives of Fanny Sweet."