One of the most popular spots in Placer County that is rumored to be haunted is Dyer Lane. Just on the outskirts of Roseville, this road tucked away in the middle of farm land isn’t much to look at, but seems to attract many in the paranormal field over the years. There has been all sorts of stories claimed to have originated from that area. From a barn where teenagers were said to have been butchered, to a secret meeting spot or hangman's tree for the KKK, a Satanic cult and witches coven or even various unexplained deaths. Some even claim to see a ghost cop driving up and down the road, only to disappear.
I decided to reach out to the police department in Roseville, to see if they had any record of these events taking place. The person I corresponded with at the Roseville P.D. claimed they had no information at all, prompting me to contact the Sheriff's department instead. According to Dena Erwin at the Placer County Sheriff's office who I corresponded with back in 2014, there were no records of any officers dying on Dyer Lane, nor was she aware of any of those other events ever happening out there.
After searching various archived newspapers and speaking to the Roseville Historical Society about this, it was interesting to note that 99% of the stories circulated are false. However, within recent years there have been several deaths tied to that particular area. The  most recent deaths have been related to drug or gang affiliated crimes.
The former curator of the Roseville Carnegie Museum, Phoebe Astill, had mentioned a murder of a family in that general area years ago.
“I’m not sure what year it happened, but I remember the story,” she recalls. “It was a Russian family, the father killed the mother and one of the older children, but took the youngest child, a boy.”
According to Astill, after the bodies of the wife and older child were discovered, the authorities later found the youngest son’s body in the field near one of the towers by Dyer Lane.
Records indicate that on August 20, 2001 Nikolay Soltys murdered six of his family members. One of the victims, his three year old son was brought to an empty field near Dyer Lane where he murdered him. The rest of the murders took place in North Highlands. 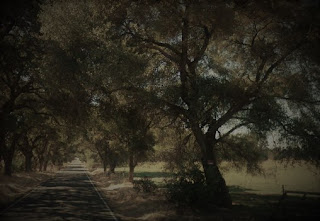 There is one other story regarding Dyer Lane that we do know for a fact occurred, the murder of William Mullin.
According to the Press Tribune archives, on March 23, 1985, there was a huge fight at Dyer Lane between the “Punkers” and the “Aggies” (Agricultural/Western) from Rio Linda High School. The newspaper reported that nearly 100 young people showed up to the melee. Out of all the people involved, two were stabbed, and William Mullin was one of them. Although his friends tried to save him, he died on his way to the hospital. He was later buried at the Sacramento Memorial Lawn Cemetery.
As I stated above, in recent years there have been a few gang affiliated deaths on or nearby Dyer Lane but there is no evidence to prove that any of the scarier urban legends that surround this road have any basis in fact. In reality, the urban legends are just that, legends, and local folklore. -----
(Copyright 2015 - J'aime Rubio www.jaimerubiowriter.com)

--Note: In recent years, as stated above in the original post, there have been other bodies found on the corner of and on Dyer lane, all of which were linked to drug or gang affiliated crimes. This blog was to cover the history of Dyer lane and any rumors, urban legends or stories about deaths associated with it in the past. --
Posted by J'aime Rubio, Author at Thursday, March 22, 2018