PART 3.
As you read in Part 1 of the Rancheria Massacre, the heinous atrocities this band of criminals committed in the small town of Rancheria (Amador County) and in The Rancheria Massacre Part 2-The Round Up, the angry mob that ensued upon discovering the gory site, now we are onto Part 3, the hunt! This is the part that will remind you of something from a good old western movie.

On The Trail Of The Bandits

Earlier in the morning the Sheriff came down to the scene of the murders, to view the mutilated bodies. He was so overcome with disgust of what these bandits had done to law abiding citizens of his County, that now only justice was on his mind. And he intended to make sure justice was what he got! Speaking very little as he stepped along the ground, witnessing the gory aftermath of a murderous rampage, Sheriff Phoenix yelled out , “Let’s Go!” as he mounted his horse and motioned for his posse to follow him.

In order to catch this large group of banditos, the Sheriff’s office had made a posse to go after them. Sheriff Phoenix, Constable Cross, George Durham, Perrin, Eichelberger and Sherry took off and followed what they believed to be the trail of where the bandits had went. Unfortunately, they were off a little, they realized by the time they were nearing Indian Diggings, El Dorado County and turned by to Jackson. By the time they got to Jackson, they learned that the bandits had crossed over the Mokelumne River at Diamond Bar.  Once Sheriff Phoenix and his men made it to the Calaveras County side, they met up with Sheriff Charles Clark, Paul McCormick, and “Six-Fingered” Smith.  Clark told Phoenix and his men that they attacked the gang at Texas Bar and captured one of the men. His name was Manuel Castro (Garcia), and he had been previously employed as a vaquero for Charles Stone of Buena Vista. Garcia was hanged, but not before giving up the names of the men in his party and their whereabouts to the authorities. 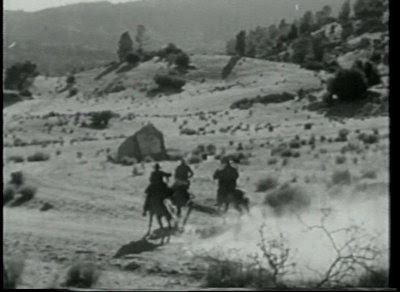 Two days had gone by and the Sheriff and his posse of men were still searching for the bandits. Upon reaching Jenny Lind they discovered law enforcement had found an encampment of men near Reynold’s Ferry. There they realized the men were not of the bandits’ gang so they kept moving onward into the Jamestown area. Upon arriving in Jamestown, they found some of the horses the bandits had stolen from Rancheria, and it appeared they were dying from exhaustion.

On August 12th, after coming across the “Old Chinese Camp” (originally known as Camp Washington) and the adjoining Mexican camp "Campo Salvado" where they noticed a large dance hall or "cantina" on a hillside. Sheriff Phoenix and his posse decided to stop and question the people there, while probably attempting to “wet their whistles” so-to-speak. Remember, this was August and it was noted in the papers as being exceptionally hot that time of year. I am sure they were parched and needed to take a break, so they stopped there to clear their heads and rest for a spell.

While sitting inside the Dance Hall/Saloon, Durham noticed a “senorita” over by one of the doors making hand gestures to someone outside to “go away!” Quickly he ran over to the door and recognized some of the men they were looking for.  Guns blazing, the Sheriff and his men took off after the men, shooting in their direction. They were met with incoming fire from the bandits as well, as the men took the shootout into the street.

A young child attempted to warn the officers that he saw one of the men who was shot, crawling away into a cloth shanty. The members of the Sheriff’s posse snuck up on the shanty, noticing the bloodstained finger prints that showed he was in there. They called for him to surrender, to no avail, so they lit the shanty on fire. The bandit then ran out of the shanty, completely engulfed in flames, screaming and shooting his weapon until he was shot dead.  Somewhere during this ordeal, although someone in the posse motioned for the Sheriff to shoot one of the men instead of trying to capture him, Sheriff Phoenix still attempted to apprehend him and got shot in the process. It was said that the man who shot Sheriff Phoenix was shot down, while another who had been shot but kept attacking was finally taken out by an American who struck the man down with a blow to the head with an axe.

For Sheriff Phoenix, the one bullet that struck him, hit him dead on into his chest, killing him instantly. Sadly, a hero who was only seeking justice for the lives lost in Rancheria, now had become a victim of the very same murderous men. Some of the bandits managed to escape into the woods, while others lay dead. As for the Sheriff’s men, they had to return Sheriff Phoenix’s body to be buried.

U.S. Census records of 1852 show that Sheriff William H. Phoenix was born in 1823, in New York. I am unsure as to when he came to California, or why, but it is recorded that he became Amador County’s very first Sheriff in 1854. Sadly, Phoenix was only in office about a year before he died.

Sheriff Phoenix died on August 12th, 1855 in the line of duty. The History of Amador County states that he was buried by the Masonic Order at Sonora.  He was only 32 years old at the time of his death.  He was said to be “open-hearted, holding malice to no one, and was universally esteemed.”  It was also mentioned that he was in poor health at the time of the hunt for the bandits and that he was told to rest upon reaching Jackson earlier in the trip. Phoenix refused to rest, stating that his presence was needed due to the “disturbed condition of the County” and that if he declined going after the criminals that he knew his courage would have been called into question.

Out of all the men who took part in hunting down the criminals responsible for the Rancheria Massacre, Sheriff Phoenix is one we should never forget, and always pay our respect to. He gave the ultimate sacrifice, his life in the pursuit of Justice. He was a true hero, if ever there was one.

CLICK HERE TO READ PART 4 OF THE RANCHERIA MASSACRE.